Showing posts from October, 2017
Show All

They came to Portugal 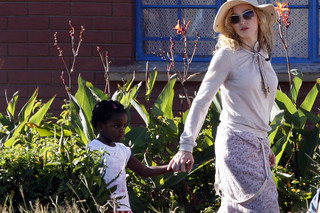 Recently the ´Queen of Pop’, Madonna, moved to Portugal.  There was a lot of talk about her buying in Sintra but she did end up in Lisbon.  Where John Malcovich lives, as do Michael Fessbender and Monica Belucci, among other famous people.

When I first moved to Portugal 29 years ago I bought a book called ‘They came to Portugal’. It was a book on the famous people who came to Portugal a long time ago.   The Spaniards, the Moors, famous authors and philosophers, foreign kings and alike.  It was intriguing, as what we know about history is that it was the Portuguese who travelled the world and went everywhere, conquering lands and colonizing.
During the Second World War, Portugal became a safe territory for thousands of refugees and exiles – among them the monarchy from Spain,
Italy, Luxembourg, Romania, Austria, Hungary and Denmark.   Throughout her modern history, Portugal has also been the haven for artists of all sorts – writers, painters, people in the movie industry. Lord Byron…
Post a Comment
Read more
More posts