Showing posts from July, 2012
Show All

Update on Moving About 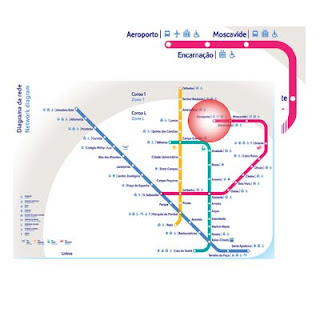 The Lisbon Metro now goes all the way to the Airport.  July 17th the extension of the red line was opened. This line, completely accessible, now goes between the airport and S. Sebastião.

So where is São Sebastião?   São Sebastião is two blue-line stops away from Marquês de Pombal and four from Restauradores. Restauradores is the metro stop that has access to the Rossio train station - which is the end station of the Sintra railroad.
The red line has a connection with the green line - so you can also change to a metro that takes you to Cais do Sodré - the end station for the Cascais train line.
The red line also passes in Oriente  - where the trains to elsewhere in Portugal leave from.  And yes, sometimes there are trains even to Sintra.


So this new metro extension for sure helps the access to the airport from Lisbon.  And it is also interesting for those coming to Sintra, since the new train line Sintra/Azambuja was opened recently. 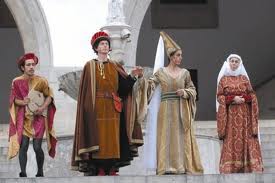 As the Sintra Festival of Music (Vienna before Mahler: from Haydn to Brahms) continues until the 10th,  Cascais Music Festival is held between the 18th and the 29th of July - it is a series of outside concerts that bring in musicians, international and national, that are in between rock and jazz.  Some of the artists are Pink Martini, Erykah Badu, Morrissey, Manu Chao, Antony and the Johnsons - and the Portuguese fado singers Carlos de Carmo and Mariza.  Tickets are between 20 and 55 euros.  A sampler here is from Pink Martini http://www.youtube.com/watch?v=Lle_GA1cg20.


Also many other interesting things have been scheduled for the month.  Here are a few:

The Sintra town council is once again organising Sintra's Medieval Fair, which will take place ar the square of São Pedro.  Between the 13th and the 15th of July, the Court's stay in Sintra  in 1428, during the reign of King John 1st will be recreated. A delegation sent by Philip the Good was received in Sintra  - the aim of t…
Post a comment
Read more
More posts